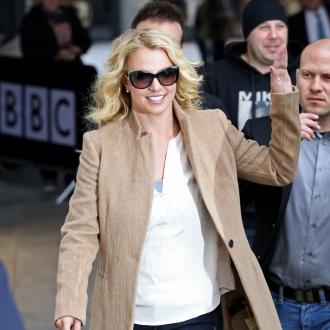 Britney Spears' Las Vegas audience will feel like they are ''in the show''.

'The 'Work Bitch' hitmaker will launch her Britney: Piece of Me' residency at Planet Hollywood later this month and says the concerts feature ''the most dancing'' she has ever done and will allow fans to feel closer to her than ever before.

Speaking to Ryan Seacrest for an iHeart radio special, she said: ''There's a lot of different, interesting aspects to the show and a lot of moments where the audience feels like they're in the show with us. A lot of special effects like that and it's the most dancing I've ever done.''

Britney - who has sons Sean Preston, eight, and Jayden James, seven, with ex-husband Kevin Federline - split from fiance Jason Trawick during the recording of her new album 'Britney Jean' and hinted their relationship problems had inspired one of the songs.

Discussing 'Don't Cry', she said: ''It's pretty personal. It's about a relationship and what you go through and trying to hold it together.''

And of her song 'Alien', she added: ''There's a certain moment in all of our lives where you feel alone...And thats what that song is about.''

Britney - who is now dating David Lucado enlisted Will.i.am to act as executive producer on the album and the pair couldn't believe how well they got along.

She said: ''A lot of the concepts for the songs he came up with...And we just hit it off. He's really cool.''

will.i.am added: ''We had lunch and we just had - I was on a cleanse that day, so I had tea and soup - and we just talked. We had like six talking sessions before we even recorded.

''I've been a fan of Britney since the beginning but the thing that made me a fan, fan was 'Toxic.' I was jealous when I heard that song 'Toxic'!''