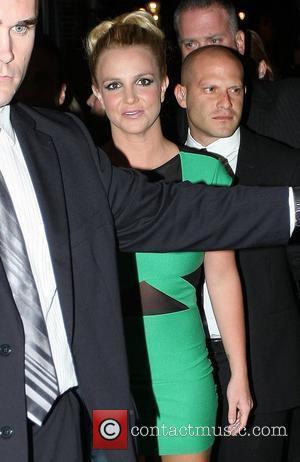 Britney Spears releases her second remix album, 'B in the Mix: The Remixes Vol. 2' on Tuesday (11th October 2011). Her debut release with Rca Records features remixes of various tracks from the singer's last three albums, 'Blackout', 'Circus' and 'Femme Fatale', reports MTV News.
Kaskade, the American DJ and record producer who contributed his own version of 'Gimmie More', explained how the record is championing new dance music, saying, "It shines a new light on the Edm (Electronic Dance Music) scene and how far it can reach. I give Britney props for taking chances and letting dance music be heard by the masses". Cobra Starship bassist Alex Suarez acknowledged Britney's powerful vocals, saying, "She sings really well. I appreciate her talents. I definitely respect what she does and why she's successful". The musician, who was given the job of remixing Spears' recent Billboard hit 'Till the World's End', added, "Sometimes, you get remixes and they chop it up and mix it around, which is cool. The thing with a Britney Spears remix is people like to sing along". 'B in the Mix' also includes tracks from Benny Benassi, Gareth Emery and U-Tern.
Volume 1 of the record was released back in November 2005 and quickly became one of the biggest selling remix albums of all time.