Pop superstar Britney Spears is reportedly planning to countersue her former bodyguard Fernando Flores - who has accused her of sexual harassment and abusing her children. 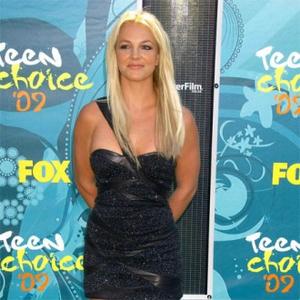 Britney Spears is reportedly planning to countersue her former bodyguard.

The 'Womanizer' singer has been accused of sexually harassment and abusing her children by Fernando Flores and she is now preparing to launch legal action against her ex-employee over the claims.

Britney is confident she will be able to prove the allegations are false and force Fernando to pay the substantial legal bills she will incur defending herself.

She is being backed in her decision to countersue by ex-husband Kevin Federline - the father of her two sons, Sean Preston, four, and three-year-old Jayden James.

A source told the Chicago Sun-Times newspaper: "Kevin told Britney she should do it and she strongly agreed that winning this case and forcing Flores to pay - Big Time - may help quash other future nuisance lawsuits against celebrities. Like the ones you often see filed by disgruntled, fired ex-employees - like nannies, housekeepers, drivers and bodyguards."

Kevin has been very supportive of his former spouse since Fernando launched his lawsuit this month insisting his accusations that Britney abused their sons are false.

Kevin's attorney Mark Vincent Kaplan said: "He is satisfied the allegations are a product of economic motives. They are as baseless as they seem."

In documents filed at Los Angeles County Superior Court, Fernando - who quit as Britney's bodyguard in June - describes five instances where the 28-year-old singer, exposed herself or made sexual advances towards him.

He also alleges she engaged in sexual intercourse in the same hotel suite as her sons and on one occasion demanded he take off his belt so she could beat her son.