Britney Spears to wed at Graceland?

Britney Spears wants to marry her boyfriend David Lucado at the late Elvis Presley's former estate Graceland in Tennessee as she believes it will attract publicity. 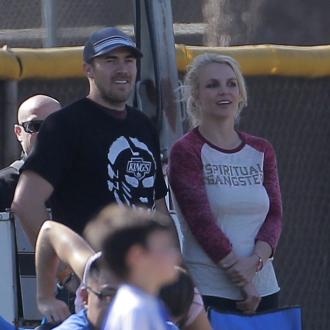 Britney Spears is reportedly planning to get married at the late Elvis Presley's former home in Tennessee.

The 32-year-old singer, who has been married twice before, is keen to tie the knot with David Lucado, and has been eyeing up the Graceland estate, which is now a museum, as the venue.

A source told RadarOnline: ''Britney wants to get as much attention and money for pictures with her third wedding as she did for her second, which is why she is considering reaching out to Elvis' daughter Lisa Marie Presley to ask if she can be married in the Graceland Estate in Memphis, Tennessee.''

The mansion, which was the marital home of Elvis and his wife Priscilla until he died at the estate in 1977 aged 42, is one of the most-visited private homes in America, and the 'Toxic' hitmaker believes it will be the perfect location for her wedding guests.

The source explained: ''Not only would the Graceland location, now a tourist attraction, be a visually stunning place for Brit and Dave to tie the knot, but it would be a convenient trip for most of their extended families, who are based in the south.

''If Lisa Marie, who controls the Graceland estate, gives her okay, Britney will start her wedding planning with a vengeance.''

Meanwhile, Britney, who has sons Sean Preston, eight, and Jayden James, seven, with her ex-husband Kevin Federline - recently sparked rumours David had popped the question after she was spotted wearing a ring on her wedding finger.