Britney Spears reportedly wants to get pregnant when her Las Vegas residency ends next year. 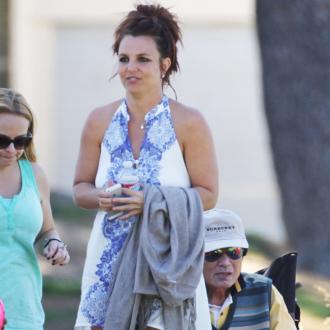 Britney Spears reportedly wants to get pregnant when her Las Vegas residency ends next year.

The 'Toxic' hitmaker, who has sons, Sean, eight, and Jaden, seven, with ex-husband Kevin Federline and previously admitted she is eager to have a daughter, can't wait to start a family with her boyfriend, David Lucado, despite rumours she is in talks to extend the contract for her concert series until 2016.

A source told gossip website RadarOnline.com: ''Britney cannot wait until the Vegas show is done because she wants to start a family with David. She says she will get pregnant as soon as the show is finished!

''David is always with her in Vegas and they act like an old married couple together. He is really good with her kids and has taken to the father role pretty easily.''

The 32-year-old singer started dating David, who is a researcher at a law firm, in March 2013, just two months after ending her engagement with Jason Trawick.

The 'Criminal' singer admitted earlier this year that she would love to have more children.

She said: ''I would really like to have another baby, a girl. I think she would be like a mini-me. I think it's going to be crazy. I'm not going to feel as alone in the world anymore. I'm going to feel like I have a second person, like, that's me.''