Britney Spears says she'd love to be the nanny for Brad Pitt and Angelina Jolie's six children because it seems as though it would be a really ''fun'' job. 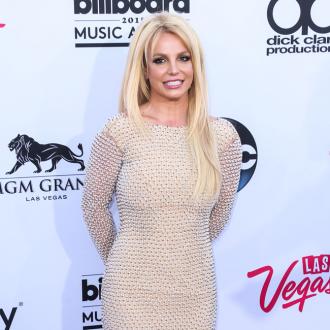 The pop superstar thinks it would be a really ''fun'' job looking after the married couple's six kids - Maddox, 13, Pax, 11, Zahara, 10, Shiloh, nine, and six-year-old twins Knox and Vivienne - and she'd also love to meet her celebrity crush Brad again.

Speaking to UK TV show 'Good Morning Britain', she said: ''I've met Brad Pitt once but I'd like to meet them again, and I'd like to become their nanny. That sounds fun to me!''

Britney, 33, has been thinking about what other jobs she could if she wasn't conquering Las Vegas with her 'Piece of Me' residency at The AXIS at the Planet Hollywood Resort & Casino.

She mused: ''I'd probably be a teacher or anything relating to the kids or teaching at a dance studio with a bunch of kids.''

Britney recently confessed she ''lost'' her mind when she got to meet Brad at the Teen Choice Awards 10 years ago because he's ''so sexy''.

She gushed: ''The most star-struck I was with was probably Brad Pitt. I saw him probably 10 years ago at the Teen Choice Awards. He had really long hair. I completely died. I ran! I was dressed in high heels and, like an idiot, I ran to him and I was like, 'Oh my God, I'm your biggest fan.' I kind of lost my mind for a second. I was so uncool ... it was probably one of my most uncool moments ... But he is just so sexy.''