Britney Split Rumors Surface: Is Her Relationship On The Rocks? 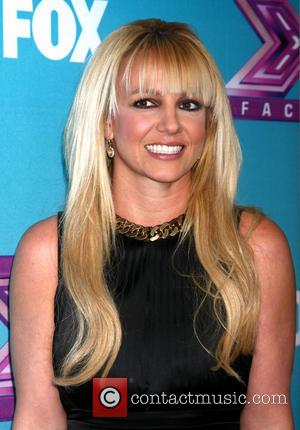 Britney Spears split rumors are in the news again, though could there be anything in the latest speculation? Rumors of a Britney Spears and Jason Trawick split have been lingering for months, though according to Hollyscoop, it looks like it's an actual possibility.

Jason is reportedly planning to leave the pop superstar, though not before The X Factor is over, because he and her whole family think Britney will take the news badly. Well, she's not exactly going to be jumping for joy now is she? A source close to the couple said, "Jason has told Britney's entire family that he's planning to leave her, so that Britney will have a support system when he breaks the bad news." The strangest part is that Jason reportedly wants to remain as Britney's manager after the break-up, meaning their relationship will become strictly business. It's almost certain that Britney will want Jason off the payroll after he dumps her, though he has reignited her career, so maybe she'll stick by him? Who knows. It all sounds pretty ridiculous to us, though we'll be keeping an ear to the ground over the coming days.

A second Britney source threw cold water on the whole thing, saying, "I haven't heard anything about [the split], but I do know they are going on vacation together for the holidays." Maybe he's treating her to a nice getaway before breaking the bad news?