Will Britney Spears Handle The Pressure Of Live Television? 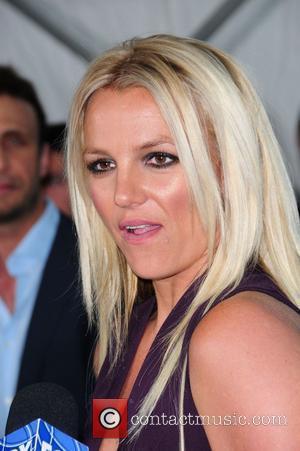 Simon Cowell has told Tmz.com that he's not worried about Britney Spears succumbing to the pressure of her new job on the X Factor. When Tmz's reporter asked him "Are you nervous with Britney being on live TV at all?" he answered "not at all."
They also asked Simon "do you think you're gonna get close to that 20 million viewers now?" referring to the fact that the show's viewer ratings were a disappointment when the show debuted in the States last year. "We're gonna get close," said Cowell, confidently. There is some concern over whether or not Britney's psyche will withstand the intensity of the live shows. She's been known to crack under pressure before and her well-documented breakdown became a tabloid centrepiece in 2007. Still, it doesn't look as though Simon's too worried about anything untoward happening where Britney' concerned.
The TV talent show's creator then hopped into the back of the car that was waiting for him and Demi Lovato, after they enjoyed a dinner together at New York's ABC Kitchen last night. Demi has also been selected to be a judge on the show and it has been reported that she is getting paid $1 million for her troubles. It's certainly a hefty sum and not one to be sniffed at but it pales in comparison to the $15 million that Britney is said to have signed for.