Brittany Murphy (also known as Brittany Anne Murphy-Monjack, born 10.11.1977, died 20.12.2009)
Brittany Murphy was an American actress, as well as a singer and has appeared in a number of high profile movies, such as Clueless, 8 Mile and Sin City.

Childhood: Brittany Murphy was born to Sharon Kathleen Murphy and Angelo Bertolotti, who divorced when Brittany was two years old. Brittany was raised by Sharon, in Edison, New Jersey, then later in Los Angeles. They had moved there so that Brittany could pursue a career in acting. She frequently attributed her success to her mother, who always worked hard to encourage Brittany's creativity. Brittany had two older half-brothers, Jeff and Tony Bertolotti and a younger half-sister, Pia Bertolotti.

Brittany was raised as a Baptist and later became non-denominational.

Murphy then went on to star in a number of well-known films. One of her best-known roles was in the comedy Clueless, which starred Alicia Silverstone, Stacey Dash and Paul Rudd. She then starred opposite Winona Ryder and Angelina Jolie in the award-winning Girl, Interrupted, which was based on a true story. The same year (1999), she appeared in Drop Dead Gorgeous, which starred Kirstie Alley, Ellen Barkin, Kirsten Dunst and Denise Richards.

In 2001, Brittany Murphy starred alongside Michael Douglas in the psychological thriller Don't Say A Word. Sean Bean also starred. She also featured in the TV adaptation of the Jane Yolen novel The Devil's Arithmetic, which also starred Kirsten Dunst.

The following year, Murphy starred alongside Eminem in his semi-autobiographical movie, 8 Mile. The film received a great deal of critical acclaim and also starred Kim Basinger and Mekhi Phifer as well as the hip-hop artists Proof and Xzibit.

2003 saw Murphy star in Uptown Girls, with Dakota Fanning, Marley Shelton and Heather Locklear. This was followed by an appearance in the comedy Little Black Book, with Ron Livingston. One of Murphy's better-known performances came in 2005, with the release of Sin City. The film was directed by Robert Rodriguez and Frank Miller and also starred Bruce Willis, Mickey Rourke, Jessica Alba and Clive Owen. Her acting style has been compared by the movie critic Roger Ebert, to Lucille Ball.

Brittany Murphy also undertook a lot of work as a voice actor, lending to her voice to the animation sitcom King of the Hill and the feature animation Happy Feet.

In late 2009, Brittany Murphy abandoned production of The Caller. The movie was being filmed in Puerto Rico. Murphy was replaced by Rachelle Lefevre, to play the lead role opposite Stephen Moyer. Brittany Murphy's last film before her death was Abandoned, a thriller/drama that also stars Dean Cain and Mimi Rogers. The films scheduled 2010 release was maintained following the news of Murphy's passing.

Music: In the 1990s, Brittany Murphy was in a band named Blessed Soul, along with another actor, Eric Balfour. She also released a track with the producer Paul Oakenfold in 2006, 'Faster Kill Pussycat'.

For the soundtrack to Happy Feet, Murphy covered Queen's 'Somebody to Love' and Earth, Wind & Fire's 'Boogie Wonderland'.

Murphy has appeared in a number of music videos, including Luscious Jackson's 'Here', Wheatus' 'A Little Respect' and Tears For Fears' 'Closest Thing To Heaven'.

Personal Life: In the past, Brittany dated the actor Ashton Kutcher, as well as the talent manager Jeff Kwatinetz. She was briefly engaged to the production assistant Joe Macaluso, but they never married.

In 2007, Murphy married Simon Monjack, a British screenwriter. She lived in a house with her husband and her mother until her death in December 2009, when she collapsed in her bathroom. Initial reports suggested a heart-attack, or heart failure of some kind. 'The Brittany Murphy' story premiered on Lifetime on Saturday night (September 7th) and it was as bad as we’d feared.

Even before it premiered on Saturday night we had some major reservations over Lifetime’s Brittany Murphy biopic. First there was the casting, (Amanda Fuller didn't exactly look the part) and then there was that melodramatic trailer full of words like “targeted,” and “paranoid”. But we also had the feeling that it was just a bit too soon, after all, Murphy only passed away five years ago and her death is still a controversial subjec, basically this movie was never going to be well received.

But Lifetime didn't exactly help themselves. It seems that instead of putting together a realistic and informative film about the actresses life a career, they decided to opt for making a cheap movie which took just 16 days to shoot, but actually looked as if it may have be done in less. Lead actress Amanda Fuller has also repeatedly claimed she only had two days to prepare for the role of Murphy.

By Hannah Woodhead in Lifestyle / Showbiz on 04 September 2014

Brittany Murphy's father has slammed the upcoming Lifetime movie about his daughter.

It hasn't even aired yet, but already Lifetime's biopic of Brittany Murphy, entitled The Brittany Murphy Story, has been slammed by her father, Angelo Bertolotti.

He hit out at the film on Examiner.com, stating "I am disgusted and outraged that Lifetime decided to produce such a trashy project, defiling the memory of my beautiful, talented daughter. The Brittany Murphy Story is an affront to everything my daughter was in real life. It’s hideous, unauthorized and completely untrue."

'The Brittany Murphy Story' will cover the late star's early years, and will then lead up to her tragic death in 2009.

Brittany Murphy becomes the latest celebrity to land a biopic that will air on Lifetime. The good and bad times of the late actress's life will be brought to the television screen in 'The Brittany Murphy Story,' which will premiere on the network on September 6th.

Brittany Murphy's final film is due to be released four years after her death. What other actors have died before the release of their work?

Brittany Murphy’s final movie ‘Something Wicked’ is due to be released over four years since her tragic and ambiguous death. The plot focuses on a young couple who find themselves faced with a past that they had hoped would remain buried. Murphy died in 2009, after allegedly being stricken with acute pneumonia and severe anemia. The same results were found on her husband, Simon Monjack’s post mortum, when he died just five months after her.

Brittany Murphy looked extraordinarily thin in the months before her death

Over the past 15 years Brittany Murphy is not the only star to die before their latest project is released. Oliver Reed suffered a heart attack whilst filming Ridley Scott’s Gladiator, which came out in 2000. The movie was completed using CGI and a stunt double to finish his scenes.  Those of you who have seen the movie can appreciate quite how flawlessly this was done, it's virtually impossible to tell that Reed isn't in certain scenes.

Continue reading: Brittany Murphy's 'Something Wicked' To Be Released, Other Posthumous Movie Releases

The late actress's last film 'Something Wicked' will make its world premiere at Regal Cinemas in Eugene on April 4th.

Brittany Murphy tragically died more than four years ago, but her final movie 'Something Wicked' has finally got a release date.

The upcoming film is set to make its world premiere next month, debuting April 4th at the Regal Theater in Eugene, Oregon, which is where filming took place.

Not long after this date, Merchant Films will self-distribute 'Something Wicked' to theatres nationwide, The Hollywood Reporter notes.

Could Brittany Murphy Have Been Poisoned? Her Father Releases New Report

By Lauren James in Lifestyle / Showbiz on 19 November 2013

Brittany's father claims the actress' cause of death could have been poisoning.

The father of the late actress Brittany Murphy, who died aged 32 in 2009, has released a report suggesting that his daughter died of poisoning which was not originally believed to be the cause of death. The Los Angeles County Coroner's Office's report ruled Murphy's death as accidental, stating that pneumonia was the primary cause of death with contributing factors including iron deficiency anaemia and "multiple drug intoxication," which referred to prescription medications. Could Brittany Murphy Have Been Killed By Poison?

Murphy's father, Angelo Bertolotti, had independent tests conducted after he obtained samples of his daughter's hair, blood and tissue samples by suing the LA police and coroner's office. The tests apparently revealed high levels of ten heavy metals which are commonly found in rat poison, according to the US report, via the NY Post.

Continue reading: Could Brittany Murphy Have Been Poisoned? Her Father Releases New Report

Brittany Murphy May Have Been Poisoned To Death!

A new lab report has been released which suggests Brittany Murphy could have died from poison, as high levels of heavy metals have been found in the actress's blood, tissue and hair.

American actress Brittany Murphy died in 2009 at the age of 32. The cause of her death was thought to have been accidental, caused by multiple drug intoxication, pneumonia and anemia.

Brittany's husband, Simon Monjack, died as a result of the exact same causes five months later, which may not be so coincidental after all.

Continue reading: Brittany Murphy May Have Been Poisoned To Death! 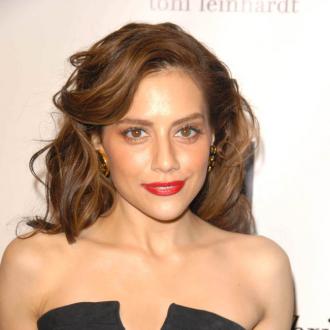 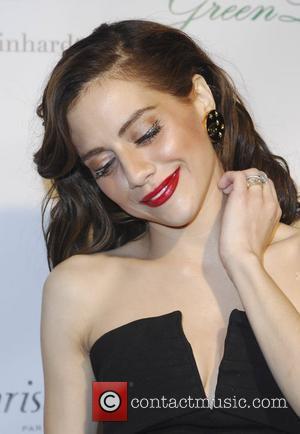