Brittany Murphy Cause Of Death Lawsuit Thrown Out

A lawsuit by Brittany Murphy's father against the Los Angeles Country Department of Coroner has been dismissed after he failed to show up in court. 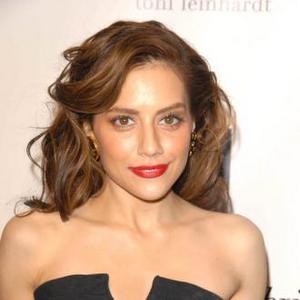 A lawsuit by Brittany Murphy's father against the Los Angeles Country Department of Coroner has been dismissed.

Angelo Bertolotti's tried to sue in January because he was dissatisfied with the ruling over his daughter's death.

In the paperwork he sought to obtain biological samples from his daughter's body so that they could be retested.

He claimed the office didn't do its due diligence by performing ''only very basic autopsy procedures/toxicology testing.''

His original complaint cited a previous medical case where death by arsenic poising was erroneously attributed to pneumonia and anemia, and therefore, sought to access his daughter's hair samples from her head, face and body that were in the department's possession.

He believed that testing his daughter's hair for poisons, toxins or heavy metals in an independent lab would support his theory that Brittany's cause of death is incorrect.

Los Angeles Superior Court Judge Elizabeth Allen White threw out the complaint on Thursday (19.07.12) because neither Angelo nor an attorney representing him appeared before her. He also failed to show up during a previous hearing on June 19, according to website E! Online.

Brittany's husband, Simon Monjack, discovered her body inside their Hollywood Hills home on December 20, 2009. In May 2012, he also died as a result of the same causes.

The actress' mother Sharon is suing her former attorneys for malpractice, claiming they never advised her that it was within her right to sue the contractor and builders of her home for wrongful death.