Brody Jenner: Kim Kardashian will be 'best mum ever'

Kim Kardashian's stepbrother Brody Jenner thinks she will be the ''best mum ever'' after giving birth to daughter North West earlier this month. 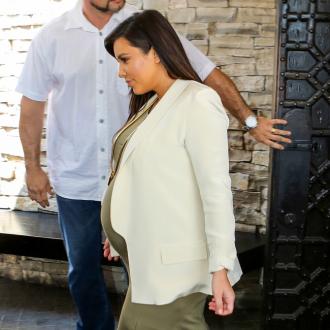 Brody Jenner is sure Kim Kardashian will be the ''best mum ever''.

The reality TV star - who gave birth to daughter North West, her first child with rapper Kanye West, earlier this month - will embrace motherhood with great ease because she has experience taking care of her sister's two children, Mason, three, and 11-month-old Penelope, according to her stepbrother.

He said: ''Kim is a doting auntie to Kourtney's children and her sister let her experience being around children before she became a parent herself as she knows how useful it is. I've no doubt Kim will be the best mum ever.''

And 29-year-old Brody - whose father Bruce Jenner is married to Kim's mother, Kris - is looking forward to babysitting his new niece should his stepsister need him.

He told Closer magazine: ''I would be more than happy to do whatever Kim wants, but I think her mum has everything under control.''

Brody also defended his sibling's weight gain during her pregnancy after the 32-year-old beauty was criticised for packing on the pounds while expecting baby North.

He added: ''I feel for Kim, she's super wealthy, but money isn't everything. She wants happiness. Everyone should lay off because she's incredible.

''Kim was feeling nervous about the birth and she's been under so much stress. I believe that stress had a big impact on the body. I was praying to God that this baby was going to be healthy.''