By Andy Peterson in Music Reviews on 09 September 2014

There can't be many worse put downs than being described as 'Indie folk', but Scottish five piece Broken Records appear to have shrugged it off, sticks and stones and all that. Their third album 'Weights and Pulleys' finally sees them begin to carry the frequently made comparisons to Arcade Fire with alacrity; singer Jamie Sutherland has a similar atonal stride to Win Butler, but they play things much straighter, the proudly Gaelic streak to their music adding some welcome idiosyncracy. 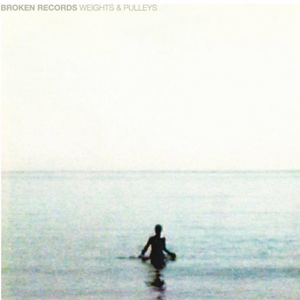 Perhaps conscious that there are hordes of check-shirted beards around them all clamouring for our attention, 'Weights and Pulleys' has a vista which goes some way beyond a fiddlin' good time; the band claim to have been influenced by the likes of Nick Cave and the epic miserabalism of Bruce Springsteen's 'Nebraska', although the darkness of neither is strictly present. Instead, the Edinburghians are happy to layer, giving songs like 'So Long, So Late' with, its military drums, squalling guitar and half chanted vocals, multiple threads and invigorating depth. The handclaps of the title track mask a coming-of-age tale forged out of near-tragedies and stark reality; it's grandiose, borderline Killers, but when we say that we mean them at their imperious, 'Sam's Town' best.

Many artists get to experience that difficult third album phase these days, so the quiet determination not to stagnate in the pastoral is a wise career choice. In fact, there's real urgency here in places, the post-punk smack of 'Let's Call It A Betrayal' and 'Winterless Son''s stadium-friendly chops shaking any notion of neckerchief entropy to the core. Sutherland's writing is blessed with an ability to bring pathos to life and making it sound like something unmissable; the band are careful not to let the delicacy of these subjects become overwhelmed like flowers under a downpour. 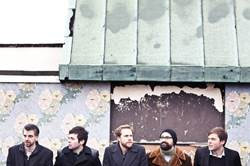 Broken Records, Until The Earth Begins To Part Album Review

Review of Broken Records album Until The Earth Begins To Part released through 4AD. 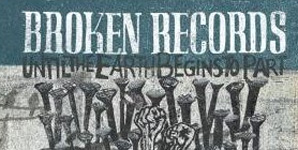 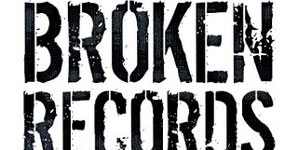 By Mark Moore in Music Reviews on 30 September 2008 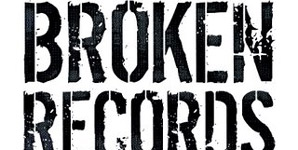