Brooke Mueller is ''feeling positive'' and undergoing a daily exercise regime to stay in her ''best physical shape'' following revelations Charlie Sheen is to divorce her. 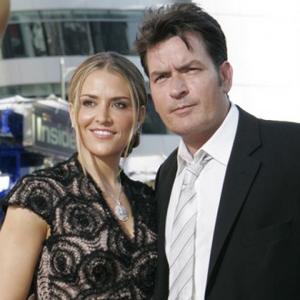 Brooke Mueller is "feeling positive" about her future without Charlie Sheen.

The 33-year-old real-estate investor - who was earlier this week said to be "humiliated" by the 'Two And A Half Men' star's decision to file for divorce after two-and-a-half years of marriage - is now bouncing back with morning exercise to stay in top shape to look after the couple's twin sons Max and Bob, 19 months.

Her mother Moire Fiore said: "Brooke wakes up in the morning and works out. She is feeling positive about staying in the best physical shape for her twin sons Max and Bob."

Brooke even took the boys out for Halloween (31.10.10) and enjoyed an evening trick or treating in Los Angeles.

Moire added to People magazine: "She dressed them up as crayons and took them trick or treating in Los Angeles on Halloween. They looked adorable."

She is also preparing to work on a reality TV show later this month with hotel heiress and Hollywood party girl Paris Hilton.

Her mother said: "Brooke looks forward to the new TV show and knows how important it is to stay strong for her boys. She is doing phenomenally well."

Charlie , 45, had apparently agreed to put off divorce proceedings for another year and Brooke was stunned by his decision to do so now, after she had supported him when he was recently hospitalised after trashing a New York hotel room following a drugs and drink binge.

The pair have been estranged since last Christmas Day (25.12.09) when a fight caused him to assault her, something he later pleaded guilty to in court.