The court date to decide the children's future home has been set for next. 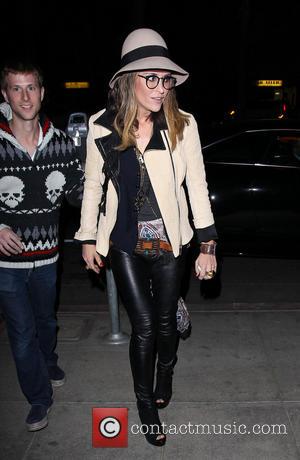 Brooke Mueller’s twin boys, over whom she shares custody with Charlie Sheen, were taken from her home last night. The measure was put in place by the L.A. County Department of Children and Family Services after the home was deemed unsafe, TMZ reports. officials from the department arrived to Brooke's home Thursday with a warrant - and took 4-year-old Bob and Max out of the house. The boys have reportedly been placed in the care of Denise Richards, the mother of Sheen’s two girls. This is, however, just a temporary solution, until a better living situation can be secured for the boys.

The twins were removed from Mueller’s home after it was deemed unsafe – reportedly because she had started using drugs again. This is a problem Mueller has been struggling with for years, so it is entirely likely that, if proven guilty, she might lose custody rights over the boys. A court date has been set for next week, and that trial will aim to find a more permanent living situation for the children. In situations like this, the children are usually given to the closest relative, but it isn’t hard to guess why in this case the authorities chose Richard’s home over that of Charlie Sheen. There are (probably) no “goddesses” walking around her place, after all. The mother of two has been struggling with substance abuse for years.