Brooke Mueller To Receive $55k A Month From Charlie Sheen 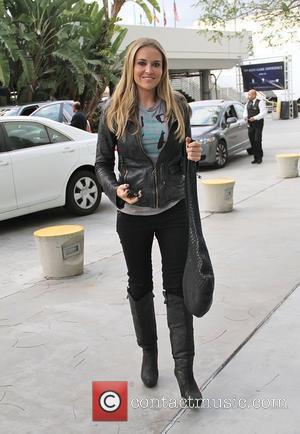 Brooke Mueller, the American real estate broker, has finalized her divorce from the troubled actor Charlie Sheen, reports Fox News. Brooke Mueller's marriage to the 'Two and a Half Men' officially ended on Monday (2nd May 2011), six months after the petition was first filed.
According to the custody agreement, Mueller will receive $55,000 a month from Sheen to support the couple's twin sons. She will also receive a lump sum of $757, 698 as well as a $1 million buyout of the couple's former home, which the actor will keep. The legal documents also reportedly state that Sheen must pay at least the same to Mueller as he does his to ex-wife Denise Richards for their two children, noting, "Under no circumstances shall the child support paid by Charlie for Bob and Max be less than the child support paid by Charlie to Denise Richards for Sam and Lola". The couple married back in May 2008 but the actor filed for divorce in November last year after a string of domestic incidents. On Christmas Day 2009, Sheen was arrested in Colorado after authorities responded to a domestic violence call.
During the last year, both Brooke Mueller and Charlie Sheen have been treated in rehabilitation. The actor has been under intense scrutiny since he allegedly trashed a hotel room in New York last year. The adult film star Capri Anderson was said to be locked in the bathroom at the time.