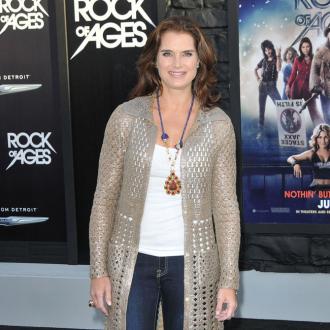 Brooke Shields is in talks to join 'The View'.

The 47-year-old 'Blue Lagoon' actress has reportedly been approached by ABC to join the US morning chat show's panel after current host Joy Behar recently announced she is leaving the popular series after 16 seasons and amid rumours Elizabeth Hasselbeck's contract has not been renewed.

According to gossip website showbiz411.com, Barbara Walters, who is at the helm of the series, thinks that Brooke would be a great addition and is eager for her to take over one of the vacant spots.

Sources said Barbara really wants her because the actress has two children, is a Princeton graduate and ''very articulate'' but also has great connections in Hollywood.

The brunette beauty, who previously acted as a guest host, is said to be in final negotiations to join the show next season alongside Whoopi Goldberg, Sherri Shepherd, and Barbara.

According to Us Weekly, Elisabeth was axed from the series on Friday (08.03.13) because she was deemed to be ''too extreme and right wing'' in a recent audience poll, however a spokesperson for the series said she has a ''long term contract.''

The 83-year-old host was hospitalised after hitting her head during a fall and also contracted chicken pox.