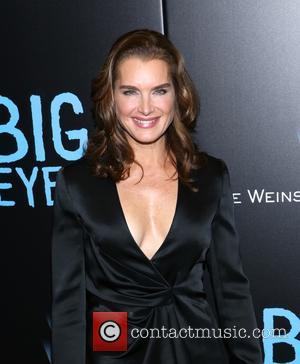 Model-turned-actress Brooke Shields staged her first intervention for her alcoholic mother when she was just 13 years old.

The Blue Lagoon star reveals she threatened to leave Teri and live with her father as a teenager if her mum did not stop drinking, but she was unsuccessful with her efforts.

She tells U.S. breakfast show Today, "I had to be very careful, because I said, 'I'm going to live with my father if you don't stop drinking', but then I had to be careful that my dad didn't think that that was an insult. But, it never really worked, she never really worked a (recovery) programme. She went into rehab three times.

"It's ironic... the movie industry sort of incubated me in a way that I was safer living on movie sets than I was just living alone with my mum because she (was drinking)."

Shields' parents divorced when she was just a baby.