Actress Brooke Vincent has revealed Rihanna is her girl crush.

The 'Coronation Street' star has admitted that she was love the 24-year-old performer to play her girlfriend in the British soap opera.

The actress said the 'Umbrella' singer would be her dream co-star in the television show in which she plays lesbian Sophie Webster.

Brooke told The Sun newspaper: ''She's single and ready to mingle! I'd have Rihanna as her dream girlfriend.''

Her teenage gay character is single after her ''wedding'' to girlfriend Sian Powers, played by Sacha Parkinson, ended in disaster at Christmas.

Now Brooke thinks Sophie is ready for a new lover and thinks that Rihanna, who is thought to be bisexual, would be perfect for the role.

The 20-year-old actress thinks producers should give rapper Snoop Dogg - who is a big fan of the ITV1 programme - a guest role as a drug pusher who leads her character astray.

Speaking at the European premiere of 'Magic Mike' at London's Mayfair Hotel on Tuesday (10.07.12), she said: ''I think he should [appear], I like Snoop Dogg. And apparently Kim Kardashian wants to be on 'Corrie' as well, so she can come and show her arse off!

''Snoop could be like my drug dealer or something. I'd get addicted to DRUGS off Snoop Dogg.'' 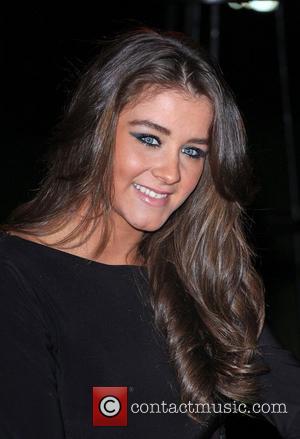