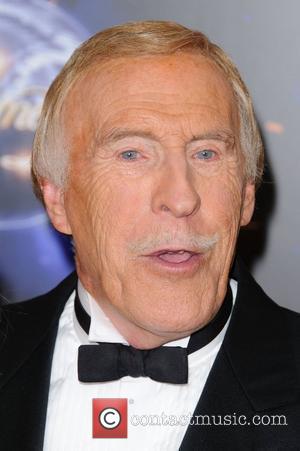 Television star Bruce Forsyth collected his knighthood from the Queen at Buckingham Palace on Wednesday morning (12th October 2011). The 83-year-old entertainer, a staple of British television for over 50 years, is now best known for hosting hit Bbc show 'Strictly Come Dancing'.
Speaking to Bbc News, Sir Bruce said it was "absolutely wonderful" to finally receive his knighthood, but added he had no plans to retire, saying, "Entertaining - it's been the only thing I've ever wanted to do and I've done it for many, many years. Who feels like quitting? I want to go on". Since receiving his Cbe, there has been intense speculation surrounding Forsyth's potential knighthood. A recent campaign in the British press appeared to do the trick, securing the veteran entertainer his long awaiting honour. He added, "When I got the Cbe there'd been speculation every year and I think there's been too much talk about it, so I'm thrilled at last it has happened". The popular entertainer began his career in 1958, hosting the television series 'Sunday Night at the London Palladium'. He went on to front game shows 'The Generation Game' and 'Play your Cards Right', often opening with his catchphrase, 'Nice to see you, to see you, nice".
Elsewhere at Wednesday's ceremony, fashion designer Celia Birtwell was made a Cbe for her services to fashion, while children's author Julia Donaldson, best known for her classic book 'The Gruffalo', received an MBE.