Bruce Forsyth has had to cancel his appearance on 'Strictly' this weekend after being diagnosed with flu. 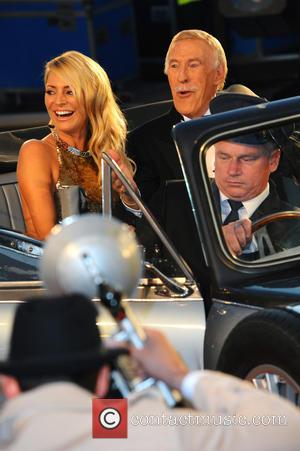 Bruce Forsyth has been forced to withdraw from the upcoming Saturday show of 'Strictly Come Dancing' after suffering from a nasty onset of the dreaded flu.

It's rare for the 85-year-old entertainer to miss a day of work with his last absence from a show being in 2009 - a good record for someone of his age. However, the BBC has revealed that he is once again simply too ill to present the dance contest this week.

"Sir Bruce Forsyth has the flu and therefore isn't feeling well enough to present tomorrow's Strictly Come Dancing on BBC One," read a statement from the BBC. Don't worry too much though as the TV company also added, "The show looks forward to his return next week." Meanwhile, his place alongside Tess Daly has been temporarily usurped by Claudia Winkleman, whose usual post is the Sunday night results show.

As we already know, Bruce Forsyth's temporary illness is the good news if you compare to what was revealed last month. Comedian Ronnie Corbett told The Sun, 'He must get tired. I think after this series he will give himself a Brucie Bonus' - in other words, his future on 'Strictly' may be in question. 'Every Saturday is gruelling. It is really hard going', he revealed. Bruce has been a co-presenter on 'Strictly' since 2004