Veteran entertainer doesn't think kids should be put through the show 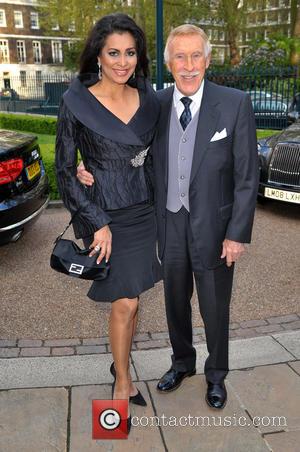 Bruce Forsyth is irked at Simon Cowell for allowing young children to compete on his reality talent contests, and he took to BBC Radio 5 Live to tell them exactly why.

According to The Sun, the veteran TV presenter was critical of Britain’s Got Talent, saying that Cowell was putting kids through an ordeal. They reported that he’s since told the radio station, “The thing I object to is, I don’t think they should put young children through such an emotional thing.” His interview did point out that Forsyth began in entertainment aged just 14, but he said in reply: “Yeah, but not on television in front of millions. That is the difference. Have a children’s Britain’s Got Talent and let all children be in it. There is nothing wrong with that at all. But to put them on at that time of the evening with millions watching and the emotion, that could be maybe a bit disastrous for a child and a memory that could not do them a lot of good.”

The first live show of the latest Britain’s Got Talent series took place on Monday (May 27, 2013), with Cowell commenting to dance troupe Youth Creation: “Someone, Mr Grumpy, said we shouldn’t have children your age on the show.” He also praised 11-year-old singer Arisxandra Libantino, saying: “I’d like to dedicate this one to Bruce.” Cowell’s apparently sick of people having a go at his shows, with one insider commenting “Simon is sick of people slagging off his shows. If anyone has a go he’s going to hit back at them live on air.” Bruce Forsyth is unhappy that kids are included on BGT Cowell is sick of people having a go at his shows