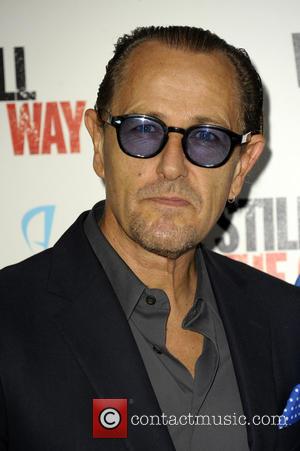 Hollywood star Bruce Payne has hit back at reports his airport arrest last month (30NOV05) was due to drunken behaviour, insisting his role as a plane hijacker in 1992 movie Passenger 57 caused the misunderstanding.

Police handcuffed the 47-year-old Brit upon his arrival at London's Heathrow airport following reports of aggressive behaviour during a flight, and took him to a nearby police station for questioning on suspicion of being "drunk and disruptive".

A fellow first-class passenger on the transatlantic flight from Los Angeles recalls: "He started off being very noisy at the bar and waking other passengers up. When the crew removed the free drinks at the bar he lost his temper and threatened them with his lawyer. He launched into a tirade of abuse and swore profusely."

But Payne's agent GORDON GIBERTSON insists the claims are inaccurate: "When he flies in real life there are people who are unable to separate fiction from reality and who get nervous.

"Prior to take off, there was a passenger speaking on his cellphone, who was either beside him or across from him. Bruce is a nervous flyer. The announcement was made by the cabin crew, to cease using cellphones, and when this individual did not, there was an altercation.

"There was a heated exchange. I do not believe alcohol was involved."

A spokesman for British police says, "He has been bailed to return pending further inquiries."

He is Duncan MacLeod of the clan MacLeod. He's been pimpin' it since he...