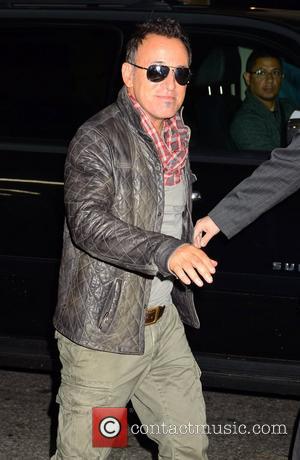 Bruce Springsteen paid a touching tribute to tragic The Band singer/drummer Levon Helm at a gig in his native New Jersey on Wednesday night (02May12) with a rendition of the late rocker's classic tune The Weight.
The Boss took a moment during his concert at Newark's Prudential Center to remember Helm, who lost his cancer battle last month (Apr12).
Springsteen told fans, "He was one of the greatest, greatest voices in country, rockabilly and rock & roll... Levon's voice and drumming was so incredibly versatile."
He then led a sing-along of The Band's iconic hit, which Helm wrote and sang.