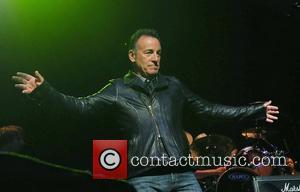 New York and New Jersey were devastated by the storm and stars associated with both areas, including Kevin Bacon, Tiny Fey, James Gandolfini, Jon Stewart and Jimmy Fallon will also appear at the event, which aims to raise money for victims of the hurricane. Lauer said it was a tour of a neighbourhood in Rockaway Beach, Queens, that made him put his plans into action.  "I came back and said, 'We've got to do something quickly here," said Lauer says. "I feared facing a period next week where the focus would be blurred. We've got an election coming up, and I feared people affected by this would be pushed to the side." He then said that unlike many television rivals, NBC was "a very New York-centered media company" adding, "you can't live in New York without being struck by what a big thing this is." A post 9/11 telethon arranged by George Cloone, which aired on all of the major networks, raised at estimated $200 million. Friday's special will air on NBC as well as cable networks it owns including Bravo, E!, HBO, Syfy and Discovery Fit & Health.

As for the set-lists, Lauer said "the songs are going to be instantly recognizable."