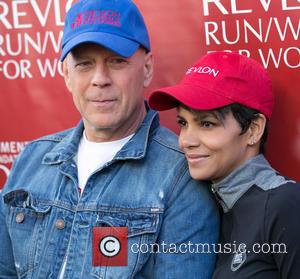 Bruce Willis and Demi Moore's daughter Scout Willis has defended her decision to walk the streets of New York City topless, insisting her "high-profile family" gives her a platform to protest.

Last week (28May14), the 22 year old stripped down to campaign against Instagram.com's no nudity policy, and came under fire for posting pictures of the protest online.

On Monday (02Jun14), Willis posted an article on female-focused website XOJane.co.uk, in which she explains why she decided to take such a scandalous risk.

She writes, "I understand that people don't want to take me seriously. Or would rather just write me off as an attention-seeking, over-privileged, ignorant, white girl. I am white and I was born to a high profile and financially privileged family. I didn't choose my public life, but it did give me this platform. A platform that helps make body politics newsworthy."

Willis continues, "I walked around New York topless and documented it on Twitter, pointing out that what is legal by New York state law is not allowed on Instagram... What I am arguing for is a woman's right to choose how she represents her body... No woman should be made to feel ashamed of her body.

"I never claimed to believe that my actions... would solve anything - far from it. But what they did achieve was to provoke conversations about gender equality and body positivity that are both necessary and sorely lacking..."

She concluded, "I call out to every person moved by this to take physical - as well as digital - action, and help transform what started out as a casual topless stroll into something resembling true change. While in the meantime, my breasts and I return to a more casual form of a protest beneath my favourite sheer tank top."