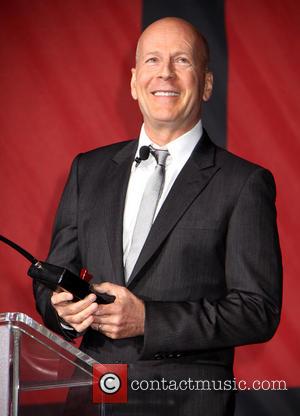 Just as Quentin Tarantino was quizzed relentlessly about America's gun laws ahead of the release of Django Unchained, this week it was Bruce Willis' turn to defend the use of firearms in his new movie, A Good Day To Die Hard. Whereas the acclaimed director shrugged off the questioning with consummate ease, Willis was only too happy to comment and gave a pretty surprising answer.

Most Hollywood liberal types are pretty keen to back President Obama's gun-law proposals, though Willis remains cautious. "I think that you can't start to pick apart anything out of the Bill of Rights without thinking that it's all going to become undone," the actor told the Associated Press. "If you take one out or change one law, then why wouldn't they take all your rights away from you?" Willis - whose films have grossed over $2 billion in North American alone - reprises his most famous character John McClane in the fifth instalment of the Die Hard franchise, hitting theaters on February 14, 2013. The Hollywood hard-man makes a living out of shooting bad guys, though Willis played down a link between Hollywood and massacres such as those in Connecticut and Colorado last year. "No one commits a crime because they saw a film. There's nothing to support that," Willis said. "We're not making movies about people that have gone berserk, or gone nuts. Those kind of movies wouldn't last very long at all."

The likes of Tony Bennett, Chris Rock and Amanda Peet spoke in favour of President Obama's gun-law proposals at an event in Washington DC on Wednesday (February 6, 2013).