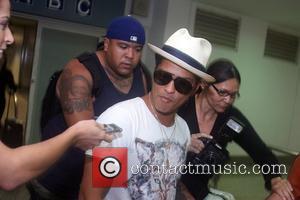 'Breaking Dawn', the final instalment of the TWILIGHT movie franchise, will feature music from the likes of Bruno Mars, Christina Perri and The Noisettes, but the song played at the wedding of Edward and Bella will be provided by American singer-songwriter Sam Bean, reports E! Online.

Better known by his stage persona Iron And Wine, Bean's track 'Flightless Bird, American Mouth', will play during the hugely anticipated nuptials which sees Robert Pattinson's character finally tie the knot with his long-time love, played by Kristen Stewart. Teaser clips from the wedding are included in the movie's official trailer, showing the couple walking down the aisle in a secretive looking forest location. A deluxe edition of the soundtrack, featuring music by The Joy Formidable and CARTER BURWELL, will become available on iTunes. The album follows two hugely successful soundtracks, firstly for the original 2008 movie featuring songs by Paramore and Perry Farrell and for 2009's 'New Moon', which featured contributions from Lykke Li and Radiohead front-man Thom Yorke.

Part one of Breaking Dawn hits cinemas on 18th November 2011, with the second and final instalment released in November 2012. The 'Twilight' franchise, based on the novels by Stephenie Meyer, has grossed over $1.8 billion worldwide.