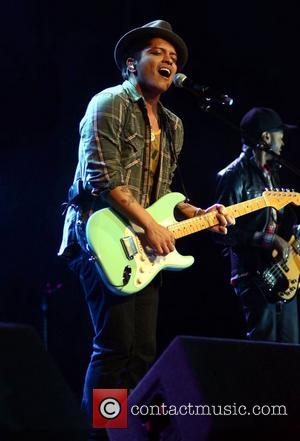 The Las Vegas deputy district attorney who prosecuted Bruno Mars and Paris Hilton for drug possession has resigned after he was arrested on suspicion of buying cocaine.
Clark County Deputy District Attorney David Schubert made his resignation official on Friday (01Apr11) - less than two weeks after he was detained by cops in Sin City.
He is free on bail and due in court in May (11) to face felony conspiracy and cocaine possession charges.
The 47-year-old was part of the team which struck a plea deal with singer Mars, who pleaded guilty to felony cocaine possession in February (11) and was ordered to complete community service.
He also built a case against Hilton after she was found with cocaine in her handbag - she later pleaded guilty to two misdemeanour charges and was sentenced to probation.