Bruno Mars doesn't need to release a fragrance to be a star, and advises budding artists to hone their musical talents rather than think about branding. 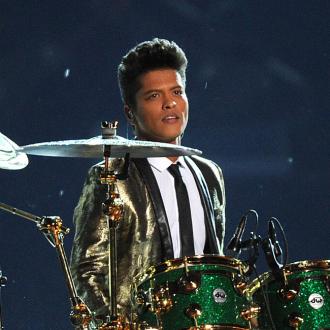 Bruno Mars says you don't need a fragrance to be a star.

The 'Locked Out of Heaven' singer performed during the Super Bowl Half Time Show at the beginning of this month - one of the most watched TV moments of the year in the US - and is proud he achieved it without putting his name to an aftershave, which it has been suggested is a benchmark for stardom, after successful perfumes from stars including Lady GaGa, Britney Spears and Beyonce.

Bruno, 28, also acknowledged his headline slot - which included him being joined by The Red Hot Chili Peppers for a rendition of their hit 'Give It Away' - came at the start of his career, but he was eager to seize the opportunity.

He added: ''I know it was early; it's very early in my career. I've only got two albums so I don't have the legacy or anything like that, but you don't know you know tomorrow's not promised, so I had to go for it.''