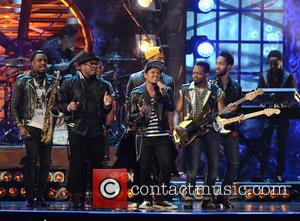 The Uptown Funk singer has teamed up with Brooklyn Nine-Nine writer Prentice Penny for the new show, which will follow the adventures of a "loud, boisterous" family band from the Bronx, New York.

Apollo 13 producer Grazer, who also serves as an executive on Lee Daniels' hit hip-hop drama Empire, is also onboard the project, alongside Bruno's manager, Brandon Creed. The as-yet-untitled show will air on America's NBC network, although a premiere date has yet to be announced, reports Deadline.com.

Bruno, whose father hails from Brooklyn, has some experience with family musicians - his sisters Tiara, Tahiti and Presley Hernandez make up the girl group The Lylas.