Bruno Mars To Perform At Super Bowl 2014 Half-time Show, Has He Earned It?

Bruno Mars has confirmed that he will be performing at Super Bowl 2014's half-time show. 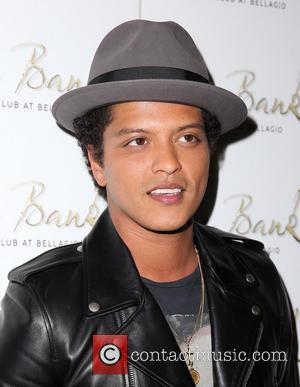 Rumours began this weekend that the 'When I Was Your Man' singer will be playing the Super Bowl halftime show and on Sunday the truth finally surfaced. Bruno Mars was present for NFL's announcement on 'Fox NFL Sunday', alongside Fox co-host Terry Bradshaw and football analyst Michael Strahan at Times Square, announcing that he will be the halftime act.

Mars will have to pull out all the strings to top last year's halftime act as Beyoncé's performance was unforgettable to say the least. The multi-award winning singer performed hit singles such as 'Halo' and 'Crazy in Love' whilst dancing all around the stage and giving fans the rare treat of a 'Destiny's Child' reunion - Beyoncé definitely tore the house down.

So far, the pressure isn't outweighing Bruno's excitement which he shared on twitter yesterday, "WE'RE GOING TO THE SUPER BOWL!!!!!!! #PepsiSBHalftime", adding, "#Hooligans we did it!".

Is he worthy? The 27-year old has had huge commercial success with several No.1 hits including his most recent, 'When I Was Your Man' and his latest album 'Unorthodox Jukebox' also being an international success - as of August 2013 the album had sold more than 4 million copies worldwide.