Bruno Mars is planning to have a ''weird'' circus wedding including fireworks, circus routines and his bride coming down to the aisle to 'Eye of the Tiger'. 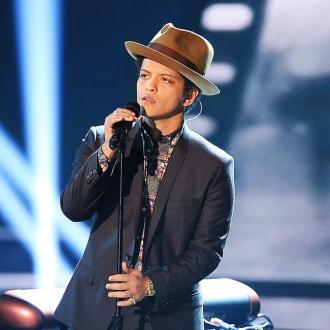 The 'Locked Out of Heaven' hitmaker - who is dating stunning model Jessica Caban - plans to ditch a traditional ceremony should he ever tie the knot, instead opting for a raucous party including fireworks and circus routines.

He's quoted by the Daily Star newspaper as saying: ''I'm doing pyrotechnics at my wedding and I'm gonna learn gymnastics, juggling and unicycling. It'll probably be at the top of a mountain.''

The 27-year-old singer also has a surprise in store for his lucky bride - Bruno has already picked out a song for her to walk down the aisle to.

The 'Marry You' crooner wants to play Survivor's classic rock hit 'Eye of the Tiger', famous for its use in Sylvester Stallone's 'Rocky' movie, ''with the bride walking down the aisle to it''.

Bruno isn't the only celebrity to walk on the wild side for their big day.

'Sex and the City' actress Sarah Jessica Parker wore an unconventional black dress when she said ''I do'' to actor Matthew Broderick in 1997, but the star admits her bold fashion choice was a mistake and should the couple ever renew their vows she would ''white it up. I'd wear a beautiful, proper wedding dress, like I should have worn that day.''

Meanwhile, pop star Britney Spears and ex-husband Kevin Federline adorned their bridesmaids and groomsmen in tracksuits that read ''The Maids'' and ''The Pimps'' at their secret wedding in 2004.