The Red Hot Chili Peppers are set to perform with Bruno Mars during the Super Bowl Half-time Show, held in New Jersey on February 2. 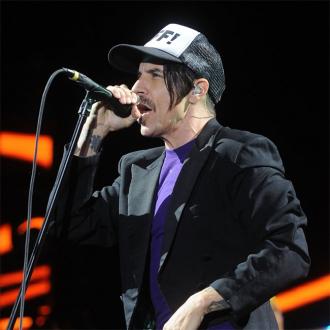 The Red Hot Chili Peppers are set to perform with Bruno Mars during the Super Bowl Half-time Show.

The 'Count on Me' hitmaker has enlisted the help of the iconic rockers as he takes to the stage at the NFL Super Bowl XLVIII, held in New Jersey on February 2.

The Super Bowl is one of the biggest TV events in the US, watched by an estimated 114 million people.

The news of the event was announced on Saturday (11.01.14) during the Fox broadcast of the play-off game between the New Orleans Saints and the Seattle Seahawks.

Bruno was previously announced as the headlining performer at the Super Bowl in September.

He told Billboard magazine at the time: ''My band and I have been rehearsing. We can't wait to get out onto that field and perform. ''We're excited. I hope the fans expect to have some fun with us. They keep telling us that it might be freezing out there and we have never performed in such conditions, but we're all excited.''

Last year, Beyoncé was joined on stage by her Destiny's Child band mates Kelly Rowland and Michelle Williams, and the year before saw Madonna perform with Nicki Minaj and M.I.A.