So here's why a 'Breaking Bad' movie couldn't happen. Sort of. 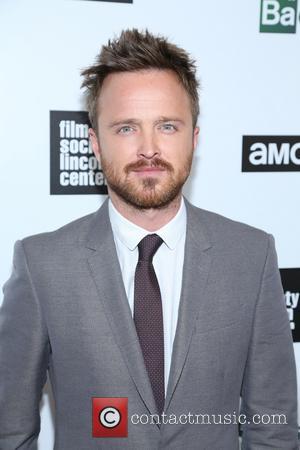 Breaking Bad began its final run on AMC this week, with fans already speculating as to the future of Walter White and Jesse Pinkman. They've lived with these cult hero characters for five seasons and, just like any other television series worth its salt, the ending is a big, big deal.

Remember the ending to The Sopranos? Fans are still trying to figure out what happened there - or what about the rather over-the-top finale of Lost?

Anyway, Aaron Paul - who plays Jesse on Breaking Bad - was hanging out with pals at The Sayers Club in Los Angeles last night when he was asked by TMZ.com if there was a chance the upcoming finale was simply a teaser for a real ending on the big-screen. Could it work?

"No...because everyone is gonna die!!!" came the reply. Of course, he was joking. Or was he? His pals cracked up laughing, and Paul himself began giggling, though did he say something he shouldn't have? Probably not.

The return of Breaking Bad delivered 5.9 million viewers for the first of its final eight episodes on Sunday (August 11, 2013).

It was a series record and nearly double its previous high. As pointed out by the Hollywood Reporter, the number makes a compelling case for Netflix and other OnDemand services, with many viewers though to have found the series sometime after its initial few seasons had aired.

The first half of Breaking Bad's final season opened to 2.9 million last July, making for a 102% gain year over year.