Through word of mouth, DVDs and on-demand services, 'Breaking Bad' has become a huge hit. 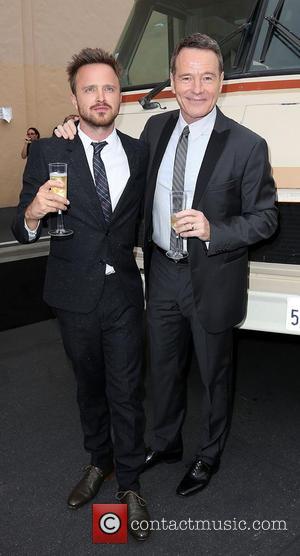 The return of Breaking Bad - AMC's signature series quickly becoming considered one of the finest television dramas of all time - delivered 5.9 million viewers for the first of its final eight episodes on Sunday (August 11, 2013).

That number was a series record and nearly doubled its previous high. As pointed out by the Hollywood Reporter, the number makes a compelling case for Netflix and other OnDemand services, with many viewers though to have found the series sometime after its initial few seasons had aired.

The first half of Breaking Bad's final season opened to 2.9 million last July, making for a 102% gain year over year.

The AMC drama, starring Bryan Cranston as a chemistry teacher turned meth dealer, also surged in adults 18 to 49, jumping 87 percent from last summer's season premiere with 3.6 million viewers in the demographic. Unsurprisingly, it also saw gains in the Adults 25 to 54 demos, rising 81 percent to 3.3 million.

Only seven episodes of the drama remain, though AMC are cleverly using the swan song as a springboard for new drama Low Winter Sun, which is being dubbed the new Wire by some critics. The Detroit-set drama opened its first season to a solid 2.5 million on Sunday.

The Breaking Bad audience essentially confirms that the drama will be going out on a true high. Only zombie drama The Walking Dead has proved a bigger hit for AMC, pulling in 8.1 million earlier this year.

The gritty drama has pulled no punches in the past couple of seasons, killing off key characters while charting the rise of Cranston's character Walter White, now a cult hero amongst TV drama aficionados.

Breaking Bad has won five Emmys since its debut in 2008 and it's up for a further eight prizes at this year's ceremony in September. Bryan Cranston Has Filmed His Last Ever Scene As Walter White