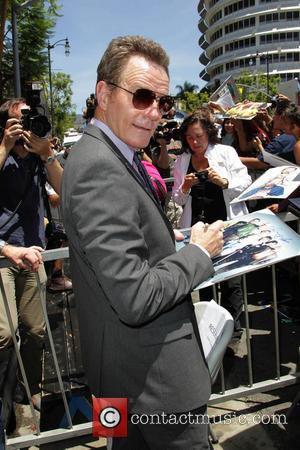 Bryan Cranston's GQ profile this month is certainly revealing. Probably realising that everyone's going to watch the Breaking Bad finale episodes anyway, the America actor gave the magazine what it really wanted: an admittance of violent urges, of course.

Cranston, who plays meth-lord Walter White on AMC's staple show, explained how he wanted to kill an ex-girlfriend who was an unstable drug addict. One day, the woman - whom he dated after his short-lived marriage - showed up at his Upper West Side apartment and began pounding the door. "And I envisioned myself killing her. It was so clear," said the Emmy-winning actor.

"My apartment had a brick wall on one side, and I envisioned opening the door, grabbing her by the hair, dragging her inside, and shoving her head into that brick wall until brain matter was dripping down the sides of it.

"Then I shuddered and realized how clearly I saw that happening. And I called the police because I was so afraid. I was temporarily insane - capable of doing tremendous damage to her and to myself," he added.

Well, we wasn't expecting that.

Through playing Walter White, Cranston has established himself as one of the most sought after actors in Hollywood and was part of the Oscar-winning cast of Argo last year. He's currently shooting the Godzilla reboot, though all eyes will be on AMC on August 11 when he returns as White for the final season of Breaking Bad.

Bryan Cranston received his star on the Hollywood Walk Of Fame on Tuesday (July 16, 2013). Check out all our photos. Bryan Cranston At The Walk of Fame Ceremony Bryan Cranston At The Hollywood Walk of Fame Ceremony