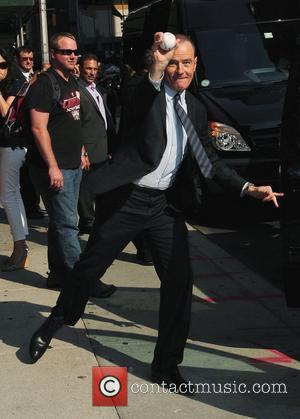 Actor Bryan Cranston has voiced his support for same-sex marriage by fronting a new initiative for the Human Rights Campaign.
The Breaking Bad star, 56, has filmed a promotional video with his wife Robin and their daughter Taylor for the civil rights organisation's Americans for Marriage Equality advertisements.
In the footage, obtained by The Hollywood Reporter, Cranston says, "Gay and lesbian couples should have every right to experience the joys of marriage and family that we do."
He is the latest celebrity to team up with the Human Rights Campaign for the issue, following in the footsteps of Stanley Tucci, Kristen Bell, Megan Mullally and Cybill Shepherd.