Bryan Cranston Battled Health Issues On The Set Of His New Movie Trumbo, Because He Had To Smoke "Like A Chimney". 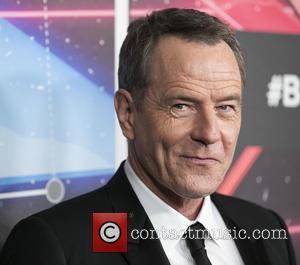 In the film, the Breaking Bad star portrays Hollywood screenwriter Dalton Trumbo, who was jailed in 1950 for his political beliefs, and he had to light up cigarettes throughout the shoot for authenticity.

"I stupidly thought that I'll definitely not smoke real cigarettes because I'll protect myself from ingesting nicotine, tar, and all the carcinogens," the actor tells WENN. "But then I realised, 'I'm still inhaling smoke. I'm still smoking these herbal cigarettes and smoke is going into my lungs'.

"There were many times when we were looking for places where maybe I don't have to smoke in this scene. But, if you have a cigarette in your hand and you're playing that character... even if you're offscreen, I'm not focusing on not inhaling. I'm focusing on doing the scene and so I'd catch myself inhaling even offscreen.

"It became an issue a little bit; I was getting hoarse and not feeling great. But Trumbo's children, Mitzy and Nicky, said their dad was a chimney who often lit one cigarette to the other. It was a physical challenge."