Bryan Cranston wants to play Lex Luthor in upcoming 'Man of Steel' sequel, 'Batman vs. Superman' and said producers should ''give me a call''. 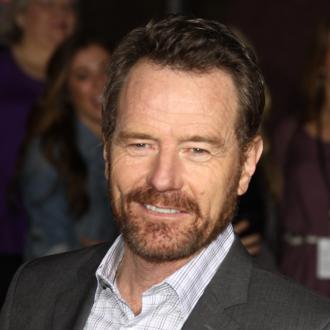 Bryan Cranston wants to play Lex Luthor in the 'Man of Steel' sequel.

The 'Breaking Bad' actor would love to play the iconic arch nemesis of Superman in the comic book franchise and has told producers to ''give me a call''.

He added to Metro US: ''I like Lex Luthor. I think he's misunderstood. He's a loveable, sweet man.''

The 57-year-old star may be a good fit to play the bald-headed villain after shaving his head for his role as Walter White in hit US drama series 'Breaking Bad', but his wife Robin Dearden isn't eager for him to reprise the look.

Cranston joked: ''She wasn't so keen on the bald head. The bald head ages a man. It's just that she didn't know me that way, and the last six years it's all of a sudden like sleeping with a stranger -- who was less exciting than her own husband. So I don't blame her for being upset.''

The actor will face stiff competition from Mark Strong, who is among the Hollywood names being considered to play power-hungry Luthor in the 'Man of Steel' franchise.

'Batman vs. Superman' will see filmmaker Zack Snyder return as director following his hit Superman reboot, which has grossed $647 million worldwide since its release in June.

The Warner Bros. movie is due for release in the summer of 2015 and will unite Superman - played by Henry Cavill - with caped crusader Batman for the first time.