Getting Ready For The Primetime Emmys: Our Predictions! 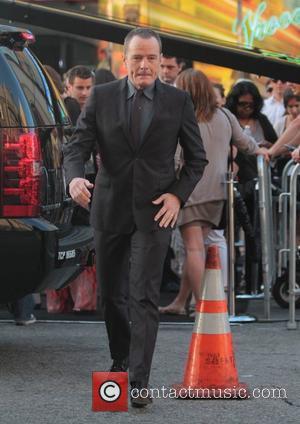 The 64th Annual Primetime Emmys kicks off this Sunday (September 23rd) and what better way to spend a Friday night than trying to predict who’ll walk home with the big prizes? None. There’s none, apart from maybe watching some of the shows nominated.

The headline this year will be Breaking Bad v Mad Men, and all things considered, it looks like Walter White v Gus will snatch it for Vince Gilligan’s meth-lord drama. Breaking Bad has been somewhat of a revelation since Mr White first approached Pinkman to propose a small time meth empire, but it’ll be fondly remembered in TV lover’s hearts as one of the greatest shows to ever grace a box-set. Contact Music predicts Breaking Bad to break Mad Men’s spell, halting the 50’s advertising magnate’s quest for a 5th Primetime Emmy.

Elsewhere in the drama category are; Boardwalk Empire, Downton Abbey, Game of Thrones and Homeland, and you can guarantee that HBO’s prohibition crime drama will clean up on any set design, make up and costume categories. Claire Danes should pick up Outstanding actress in a drama for her startling role in terrorist thriller Homeland, whilst we tip Bryan Cranston to make it a special evening for AMC by picking up his fourth Emmy award for the male award.

The Big Bang Theory, Curb Your Enthusiasm, Girls, Modern Family, 30 Rock and Veep will lock horns to pick up Best Comedy. Modern Family are the bookie’s favourite to pick it up, and more importantly: ours, but don’t count Big Bang out. The men and women to take home the respective acting prize for this category will probably go something like this: Lena Dunham in Girls and Jim Parsons who plays Sheldon in Big Bang. Those two are a bit of a risk, but they’re both such good performances, if they don’t win, we think they deserved to.

Aaron Paul to pick up Best Supporting Actor in a Drama? We think he will for his excellent work – once again – as Jessie Pinkman. Christina Hendricks should grab the female prize for her excellent portrayal of Joan Holloway in Mad Men. As for the comedy supporting roles? We’ll go with Modern Family to clean up, with six nominations over the two categories.

So there you have it. Make sure you tune in to watch the awards at 8pm E.T 23rd Sept (that’s 1am for you British TV fans). Told you that would be a fun Friday night.