Despite starting out as an actor, Forbes went on to become one of the best directors of his time. 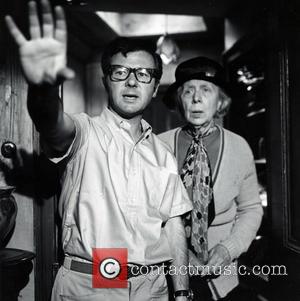 The revered film director and writer Bryan Forbes has died at the age of 86, following a prolonged illness. Forbes was best known for work like the classic 70s horror The Stepford Wives and Whistle Down The Wind. Forbes began his career as an actor and screenwriter and went on to become one of the biggest and most respected names in British cinema.

A friend of Forbes’, Matthew D’Ancona said: "Bryan Forbes was a titan of cinema, known and loved by people around the world in the film and theatre industries and known in other fields including politics. He is simply irreplaceable and it is wholly apt that he died surrounded by his family."

In 2004, Forbes won a CBE for services to the arts and the National Youth Theatre of Great Britain. He was born in 1926 in Stratford, London and began acting in the early 1940s. He started with a number of supporting roles in notable British films including An Inspector Calls and The Colditz Story, but soon found bigger success as a screenwriter and director. His notable screenwriting credits included I Was Monty's Double (1958) and The League of Gentlemen (1959). The respected filmmaker worked on classics like "The Stepford Wives"