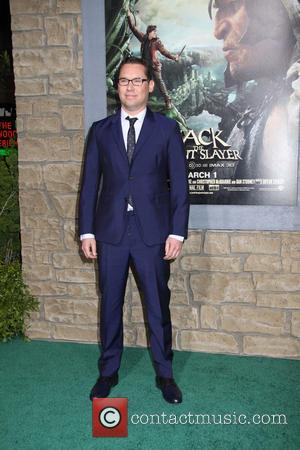 An unnamed British man has added to filmmaker Bryan Singer's woes by alleging the X-Men director sexually assaulted him in a new lawsuit.

The new suit, filed by Jeff Herman, the same attorney who filed child sex abuse suits last month (Apr14) on behalf of Michael Egan against Singer and three Hollywood executives, suggests Singer had sex with his client at a Superman-themed party at a London hotel, when the plaintiff was 17.

Singer and producer Gary Goddard, who has also been named in the anonymous Brit's lawsuit, have denied the claims they sexually assaulted him.

Singer’s lawyer, Marty Singer, who previously dismissed Egan's claims against his client has called the new allegations "totally untrue," according to The Hollywood Reporter.

He adds, "After the substance of (Herman’s) previous defamatory and fabricated filing in Hawaii was disproved based on unassailable evidence, Mr. Herman's desperation has led him to fabricate these new anonymous accusations against Mr. Singer, which we will also prove to be completely false."

Egan claimed he had had sex with Bryan Singer at a party in Hawaii, while the director's lawyer insists he has credit card receipts, cellphone bills, movie production schedules and over a hundred witnesses that will demonstrate Bryan Singer was elsewhere at the time.

In his suit, the latest plaintiff also alleges Goddard contacted him via social media when he was 14, and they eventually had sex after a series of nude webcam sessions.

Goddard’s lawyer, Alan Grodin, says, "It is a shame that the specious claim made by Herman in the Egan case has resulted in this new claim that we note is over 10 years old. For now we will say the claims are denied and Gary will vigorously defend."

The earlier suit against Singer has yet to be served, prompting Singer's attorney to add, "It is time for the media and public to focus their attention on Mr. Herman's nefarious motives and tactics which seem to be driven solely by his need to shake down an innocent man like Bryan Singer. We intend to seek sanctions against Mr. Herman for his reckless, unethical behaviour."