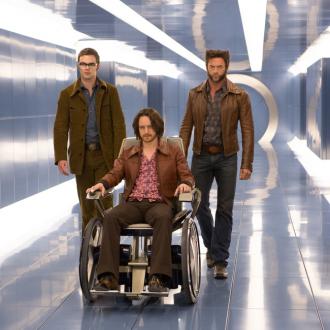 The film studio and director/producer Bryan Singer announced 'X-Men: Apocalypse' will hit cinemas on May 27, 2016, two years after the release of next year's highly anticipated 'X-Men: Days of Future Past'.

It's thought the film will feature Marvel villain Apocalypse, who in comic book lore claims to be the world's first mutant and menaces the X-Men heroes.

The character featured in the 1990s' 'Age of Apocalypse' storyline.

The film's release date falls on the same day as Disney's 'Alice in Wonderland 2' and two weeks before fellow Marvel superhero Spider-Man swings into action in 'The Amazing Spider-Man 3'.

It's not yet known which cast members from the 'X-Men' series will star in the movie, but the next 'X-Men' film - 'Days of Future Past' - will boast an all-star cast including the stars of the original 'X-Men' trilogy, which was released between 2000 and 2006, and 2011's 'X-Men: First Class' prequel film.

Fox is also working on a spin-off series titled, 'X-Force', and has hired 'Kick-Ass 2' director-and-writer Jeff Wadlow to pen the script.

'X-Force' is based on the comic book series of the same name and centres on a group of younger, more rebellious heroes than the characters in its parent franchise.

The superhero team is led by a futuristic character called Cable, who is related to 'X-Men' characters Cyclops and Jean Grey and possesses robotic body parts and telekinetic powers.