Actress Bryce Dallas Howard's Son Was Treated To An Unforgettable Experience For His Seventh Birthday - He Landed The Opportunity To Be An Extra In Her New Film, Jurassic World. 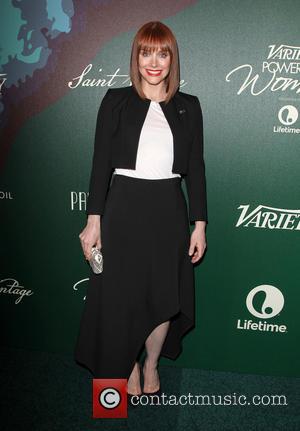 The daughter of director Ron Howard was in the middle of filming the movie reboot at the time of Theodore's birthday last year (14), so she let the birthday boy get a taste of the family trade.

She says, "I got to go to Hawaii and New Orleans and I brought my kids with me.

"My son turned seven when we were making the movie and we have kind of a tradition in the Howard family that when you're seven, you're allowed to be an extra. So this was the first movie he got to be an extra in. He got to hug a baby dinosaur. I mean it wasn't a real dinosaur, but let's not tell him."

Howard appeared as an extra at the age of seven in her dad's 1989 film Parenthood, while she also landed small roles in a slew of his other films, including Apollo 13, How the Grinch Stole Christmas and A Beautiful Mind.