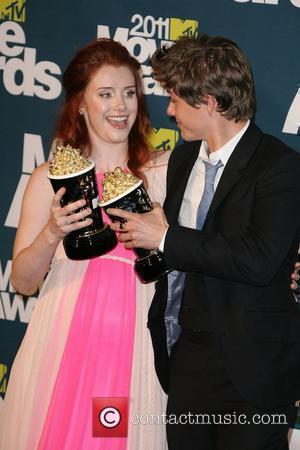 Actress Bryce Dallas Howard's writing partner has become her brother-in-law after she played matchmaker between him and her sister.
The Twilight star knew writer Dane Charbeneau was perfect for her 26-year-old sister Jocelyn when they began working together on new movie project The Originals - and she introduced them.
She says, "During the course of the process, I set him up with my sister so he's my brother-in-law now!"
And the actress is so impressed with the film she has co-written with her new brother-in-law, she's hoping to make it her feature film debut.
She adds, "If it does get made I will be directing it."