Busta Rhymes is a phenomenal rapper and recording artist. Since his first release, way back in 1991, Busta has mesmerized audiences with his super-fast and uber-technical vocal style; his voice is full of great tonal qualities and he is, in my opinion, up there with the all time greats such as Louis Armstrong or BB King. He has dropped guest vocals on countless chart hits and has also created his fair share of column inches in the tabloid newspapers over the years. 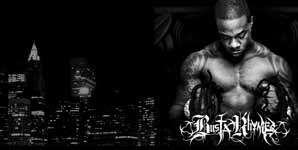 Busta Rhymes recently left J Records for Dr. Dre's Aftermath/Interscope Records and the first fruit from this new relationship is The Big Bang, his first album in 4 years. The album has been getting good reviews and people are saying "The Big Bang" is a return to form for one of Hip-Hop's true pioneers and most loved rappers. The Big Bang features collaborations with Raekwon, Marsha Ambrosius of Floetry, Q-Tip, Missy Elliott and musical icons Stevie Wonder and the late Rick James.

Busta took the "The Big Bang" road show to Nottingham Arena last week with Flipmode squad counterparts Spliff Starr and DJ Scratch in tow. Busta's set was your typical stop-start hip hop road-show. Busta's more recent hit singles, as well as his various guest spots were all given the live treatment. His verses from Ying Yang Twins' Wait (The Whisper Song) and Pussycat Dolls' Don't Cha were rendered for the ladies as well as Busta's "do it for me….." bit on Mariah Carey's I Know What You Want. All the old classics were present Woo-Hah, Pass the Courvoisier, Gimme Some More, Put Your Hands, and Fired Up as well as newer tracks like I Love My B**ch Pt.1 and Touch it, all being dedicated to the fella's.

It is fair to say that Busta feels very much at home on stage in front of a crowd. He is always willing to entertain and interact with the audience and he does this like an old pro. Whether it's passing the aforementioned Courvoisier around the front row or sharing his blunt with them, Busta is constantly breaking through the performer/audience boundary. This is great because if mistakes are made the audience forgive them as they too are a part of the performance and the show can take a turn at any point.

Busta knows how to "rock the joint" and Nottingham Arena was well and truly rocked! It was a real pleasure to watch a musical great of our modern times, working through his staggering collection of tracks with the aplomb of a master and adding humor where it was needed. You should have heard them doing their pigeon English accents.

The man has had his ups and downs over the years but the whole audience left the arena with a rejuvenated zest for Busta's work and an eagerness to own "The Big Bang".