Buster Shuffle - Do Nothing Album Review

Review of Do Nothing Album by Buster Shuffle

London based pop/ska band Buster Shuffle (formed under the motivation of apparent imminent homelessness and a need to get free beer) return with this; their latest full-length, self-produced studio album Do Nothing - a title that completely belies the effort the band put into writing, recording and putting it together. The end result is something rather special. 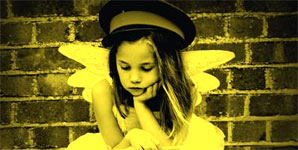 In fact, this album is best summed up in one word - nostalgic. Do Nothing is a collection of songs that remind a listener of age-old favourites like Madness, bringing a smile to the face. The great thing about it, though, is that it's modern and fashionable rather than dusty and old-fashioned. Buster Shuffle bring pop/ska into the 21st century and, refreshingly, make it extra-cool.

Highlights of the album - The Lake Song brings the tone to a slower pace, giving it a more thoughtful and emotive twist whilst still keeping the feel of the music upbeat and interesting. It's a nice breather from the fast-paced music of the opening four tracks giving the listener time to find their feelings about the music without having to take too much in, all in one go.

Vocally, the distinct accents make some very interesting listening, giving the music a more regional feel and adding to the nostalgic feeling of the music (again, it throws a general salute in the direction of pop/ska legends Madness). Musically, it's very talented. Funky bass lines, just slightly protruding from behind shoulder-bopping guitar and piano give an overall pleasant sound and help to support the vocals very well. It gives an overall extremely 'catchy' sound and gets the shoulders moving back and forth appreciatively.

Problems - it's slightly samey. Each song is easily distinguishable from another, but it can get tough to remember which song is which due to the similar tempos of each song when compared to another. This is an issue easily resolved - a listener just needs to listen to it more! Nothing brings familiarity to an album that constant listening and, due to the quality of the music on Do Nothing, listening to it more won't be an issue for many people.

Overall then, Do Nothing is a catchy, nostalgic salute to an era of pop/ska gone by, brought forwards into the 21st century and re-popularised. The decline of the style means that Buster Shuffle are now one of the forefront runners in revitalising it, giving them an edge in reaching the target listening audience. Plus, the sheer quality of the music means that whosoever they do manage to reach with this album is likely to be hooked on it immediately. Fabulous.

Buster Shuffle - Do Nothing Buster Shuffle - Our Night Out Video