Shelley passed away from a suspected heart attack on Thursday.

Tributes have been pouring in from the world of music after it was announced that Pete Shelley, lead singer of British punk pioneers Buzzcocks, has died this week at the age of 63.

The songwriter passed away on Thursday (December 6th) from a suspected heart attack in Estonia, where he was currently resident, according to the BBC.

“It’s with great sadness that we confirm the death of Pete Shelley, one of the UK’s most influential and prolific songwriters and co-founder of the seminal original punk band Buzzcocks,” the group said in a statement. “Pete’s music has inspired generations of musicians over a career that spanned five decades and with his band and as a solo artist, he was held in the highest regard by the music industry and by his fans around the world.”

Buzzcocks captured the imagination of a generation when the band released its debut, "Spiral Scratch", in 1976. "Time's Up!", a studio demo turned formal release, followed in 1978.

The two of albums were recorded before "digital" was even a glimmer over the horizon. The gritty, analog mix is adequate for its time and chosen genre. Nothing in the music itself has been overthought. Buzzcocks' songs are well-composed, made for fast listening and quick consumption. This band took proto-punk purveyed by The Stooges, and the most nascent punk from contemporaries The Sex Pistols to heart, cranked the amps to 11, and... exploded. These tunes are simpler and shorter, with just a few very well-chosen chords, and effective, provocative, prosaic lyrics.

Musicianship is adequate, especially for the quick, vital songs Buzzcocks uses as vehicles for its ideas. Most of the live songs seem to begin on the same note - and they hit it hard. Variety wasn't so necessary when founding a genre. Getting people hungry for the sound was paramount, and this act definitely laid some solid groundwork. 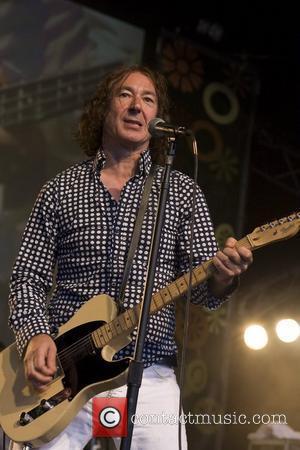