By Holly Williams in Music / Festivals on 25 February 2014

Bwani Junction are on album two with 'Tongue Of Bombie', but it doesn't look like we'll be waiting long for number three.

It may have been a slow start for this Edinburgh quartet but, now on their second album and fresh from their mini tour with Little Comets, it looks like Bwani Junction are really going to rock 2014. The band admit that most of them (Rory, Fergus and Jack) have been making music together since they were at the tender of 11, before Dan joined the group at 16 when they formed Bwani Junction. It was then they released their debut album 'Fully Cocked' through their own label Aksatak, working with Glaswegian record producer Paul Savage who is best known as the drummer in The Delgados. They had a good career start, playing the likes of T In The Park and the Isle of White Festival and supporting The View and Simple Minds, before things got a bit quieter for them. However, here now with their excellent second album 'Tongue Of Bombie', they will no doubt be bringing the music industry's attention round to them again. 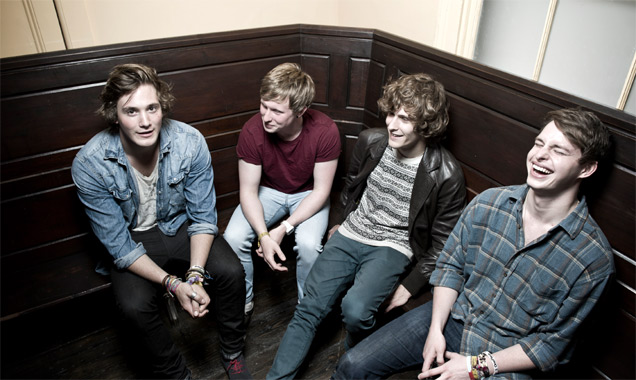 Contactmusic caught up with Bwani Junction drummer Jack Fotheringham as the band hit the road with Little Comets. We found out how the young lads spent their time overseas and the challenges being in a band presents these days. Bwani Junction have some very entertaining stories about their five years together, and some wise words for aspiring bands.

Contactmusic: Hi Jack, how are you?
Jack Fotheringham: I am not too bad, I'm struggling with a bit of a hangover as it has been a bit of a boozy tour. We have been terrible for egging each other on; as Little Comets don't really drink, we end up stealing all their rider.

CM: You guys are on tour at the minute, how's that going?
JF: Yeah, they have all been really sweet shows. It's been a crazy five days of sold out shows; one of the venues was of a 1,200 capacity. It's so nice to get back on the road; we have been really busy with our third album but we're happy to be back out on tour again. A week after we released 'Tongue of Bombie', we got a call to join Little Comets on the road and we were like, "F*** yes, let's do this!"