Reality TV star and former Olympian Bruce Jenner has been accused by Zoey Tur of using his gender transition to sell a TV show. 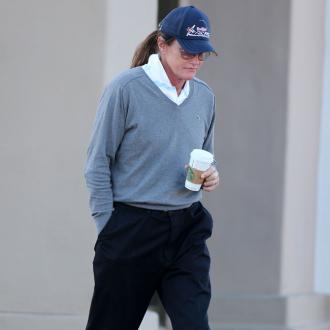 Bruce Jenner has been accused of using his gender transition to sell a TV show.

The 65-year-old Olympic gold medalist and star of 'Keeping Up with the Kardashians' has been blasted by Zoey Tur, a leader in the LA transgender community, who feels Bruce should speak publicly about the issue.

She said: ''A lot of people are very suspicious about what's going on because of his connection with the Kardashians, and they feel that if Bruce is transitioning gender, come out with it, you know - speak up.''

Zoey, who works as a TV reporter, said it's important Bruce talks about the subject because he's so high profile.

She told TMZ: ''We need our role models and there's no greater role model than the world's greatest athlete.

''What's the big deal? Many feel that gender is pitched in the reality show and using this build-up to gain more momentum and get paid to do an interview. This is a civil rights battle. This is not about selling TV shows. This is about saving lives.''

Recently, Bruce Jenner's mother confirmed her son is transitioning into a woman.

Esther Jenner also admitted she has only just found out herself.

She said: ''I just learned about [his transition]. Bruce filled me in, and we had a very long, long talk about it.''